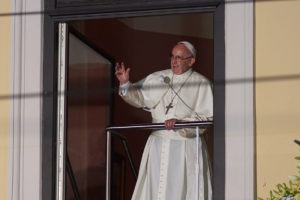 On his first day in Poland, at the monastery shrine of Jasna Gora, our Holy Father spoke of spiritual simplicity and littleness, a theme Saint Jeanne Jugan would love…

“To be attracted by power, by grandeur, by appearances, is tragically human. It is a great temptation that tries to insinuate itself everywhere. But to give oneself to others, eliminating distances, dwelling in littleness and living the reality of one’s everyday life: this is exquisitely divine.”
“God saves us, then by making himself little, near and real. First God makes himself little. The Lord, who is “meek and humble of heart” (Mt 11:29), especially loves the little ones, to whom the kingdom of God is revealed (Mt 11:25); they are great in his eyes and he looks to them (cf. Is 66:2). He especially loves them because they are opposed to the “pride of life” that belongs to the world (cf. 1 Jn 2:16). The little ones speak his own language, that of the humble love that brings freedom. So he calls the simple and receptive to be his spokespersons; he entrusts to them the revelation of his name and the secrets of his heart.” READ THE FULL TEXT OF POPE FRANCIS’ HOMILY HERE. 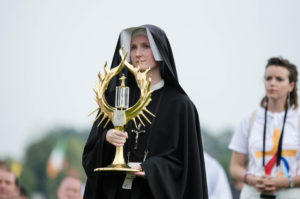