Each year since 2012, Catholics in the United States have observed the Fortnight for Freedom in preparation for Independence Day on July 4th. The theme set by the U.S. Bishops’ Conference for this year’s Fortnight is “Witnesses to Freedom.”

Fourteen men and women who bear witness to freedom in Christ – one for each day – have been proposed for our reflection during these two weeks. Thirteen of these figures have already passed from this world into heaven and the majority of them are martyrs. The lone “person” who is still alive? The Little Sisters of the Poor!

We Little Sisters were shocked to find ourselves on a list of freedom fighters. I began to realize the significance of this when I read a reflection on the Fortnight by Archbishop William E. Lori, chairman of the USCCB Ad Hoc Committee for Religious Liberty. “Reflecting on the lives of these great men and women can show us how we might serve as witnesses to freedom today,” he wrote. “They love their country, yet this love does not surpass their love for and devotion to Christ and his Church … By pondering the lives of these exemplary Christian witnesses, we can learn much of what it means to follow Jesus Christ in today’s challenging world. We pray that over these two weeks, the grace of God will help us to grow in wisdom, courage, and love, that we too might be faithful witnesses to freedom.”

We realize that in light of our Supreme Court case we Little Sisters of the Poor have become a symbol of courage to many people. As the bishops’ list of witnesses for freedom demonstrates, countless Christians down through the centuries, and in our own time, have shed their blood and given their lives for the faith.

I am both humbled and embarrassed to find us listed in their company, because I truly believe that our courage is quite relative. Our suffering is of the type that Pope Francis recently called “polite persecution.” After all, we Little Sisters have not been imprisoned or had to resist to the point of shedding blood!

I have always found the parable of the useless or unprofitable servants in Luke’s Gospel rather unpalatable, but in light of our current notoriety I have come to appreciate it. This is the parable where Jesus tells his apostles, “When you have done all you have been commanded, say, ‘We are unprofitable servants; we have done what we were obliged to do’” (Luke 17:10). Like the useless servants in the Gospel, we Little Sisters have done only what we should have done in standing up for life and religious liberty.

We profess to be daughters of the Church – how could we not uphold her teachings, especially when they touch on something as basic as the right to life? Surely, we never thought our cause would go all the way to the Supreme Court, but we believe that all happened according to God’s plan.

As I reflect back on the experiences of the last three years, I thank God for the vast cloud of witnesses who have supported us every step of this journey, beginning with our legal team at the Becket Fund, whose constant good cheer and professional expertise were heaven-sent. They are the real heroes. We also owe a huge debt of gratitude to all the people around the world who offered their prayers and sacrifices for our case.

Finally, we are indebted to our foundress, Saint Jeanne Jugan, and to the generations of Little Sisters who have gone before us, many of whom persevered through much more trying circumstances than anything we have had to face, including religious persecution. If we are a beacon for our contemporaries in this struggle for religious liberty, it is only because we stand on the shoulders of giants. 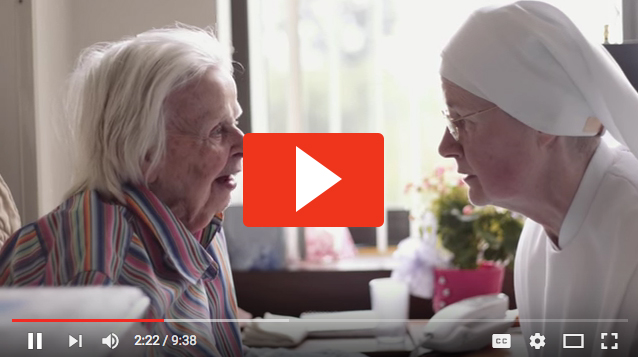