Sr Constance Veit, l.s.p.
What do 207 members of Congress, 50 Catholic theologians, 13 law professors, 9 professional associations and 2 prominent women’s organizations have in common with the Union of Orthodox Jewish Congregations of America, the American Islamic Congress, the General Conference of Seventh-Day Adventists and the International Society of Krishna Consciousness?

These individuals and organizations are just a sampling of the many people who have come to the aid of the Little Sisters of the Poor in support of our lawsuit over the HHS Contraceptive Mandate. They signed on to one of 43 amicus, or “friend of the court,” briefs submitted to the U.S. Supreme Court January 11, 2016.

Together with the Little Sisters, our elderly Residents and their families in 27 homes across the country, they have said, “We’ll have NUN of it” with regard to the federal government’s demand that we offer contraceptives, abortifacient drugs and sterilization procedures as part of our employee health benefits.

We Little Sisters of the Poor are profoundly humbled and grateful to so many people from diverse walks of life who have supported us on this legal journey, which will soon reach its culmination in the Supreme Court. To all of them we wish to offer a very humble and heartfelt thank you! 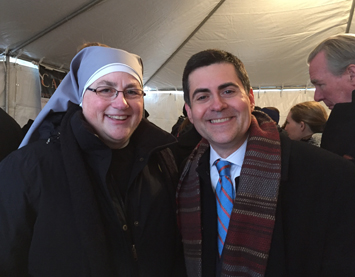 Some of those who have signed amicus briefs, like our sisters in the consecrated life, are longtime friends. For others, we can only marvel at the way our paths have crossed. Though the amicus briefs consider our case from varying perspectives, all turn to the Religious Freedom Restoration Act of 1993 (RFRA) to bolster their arguments.

RFRA was passed by Congress in the wake of a 1990 U.S. Supreme Court decision limiting constitutional protections for religious liberty. It puts two qualifications on the government’s ability to impose limits on religious freedom: a “compelling interest” in favor of the common good and use of the “least restrictive means” possible.

In his signing remarks in 1993, President Bill Clinton noted “what a broad coalition of Americans came together to make this bill a reality.” Adding that this coalition crossed “ideological and religious lines,” President Clinton praised “the shared desire . . . to protect perhaps the most precious of all American liberties, religious freedom.”

Reading through the amicus briefs written on our behalf, I was humbled by “what a broad coalition of Americans” has come together once again to help defend religious liberty. What I found most striking were the concerns and fears expressed by our brothers and sisters of other faith groups, especially those representing religious traditions that claim relatively few American followers. 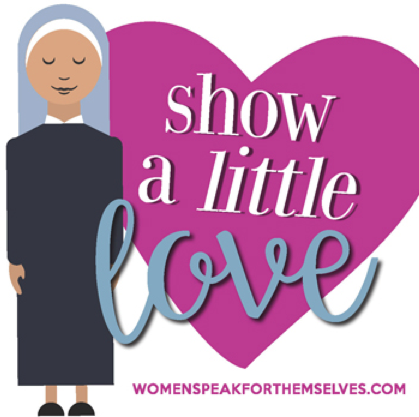 I am also particularly grateful to our Southern Baptist friends for clearly articulating the reality that “a fundamental aspect of Christian doctrine is its requirement that faith must govern every aspect of a Christian’s life.… The exercise of the Christian religion must guide and determine a Christian’s decisions, words, and deeds in every facet of life, including seemingly ‘secular’ matters like the administration of insurance and the provision of certain drugs and devices.” Their amicus brief describes Christian faith as holistic and broad in scope, noting that Christians have “a spiritual obligation to interact with and influence the culture outside the church doors.”

Space has allowed me to cite just a few examples from the 43 amicus briefs submitted on our behalf. Nonetheless, we Little Sisters are indebted to every group and to each individual who has voiced their support for our cause. You can read the amicus briefs at www.becketfund.org/littlesistersamicus/

With only a few weeks to go before our day in court, what is left to do in order to ensure the success of our case? Our foundress, Saint Jeanne Jugan, often said, “Pray, you have need of grace … If God is with us it will be accomplished.” And so we Little Sisters turn to prayer, and ask you to join us in praying for a just resolution to our case, so that we may continue to minister to needy elderly persons across this great nation for many years to come. Please join us in saying “I’ll have NUN of it” with regard to the current threat to our religious liberty!

Sister Constance Veit is the communications director for the Little Sisters of the Poor in the United States.