What made Jeanne Jugan a saint? 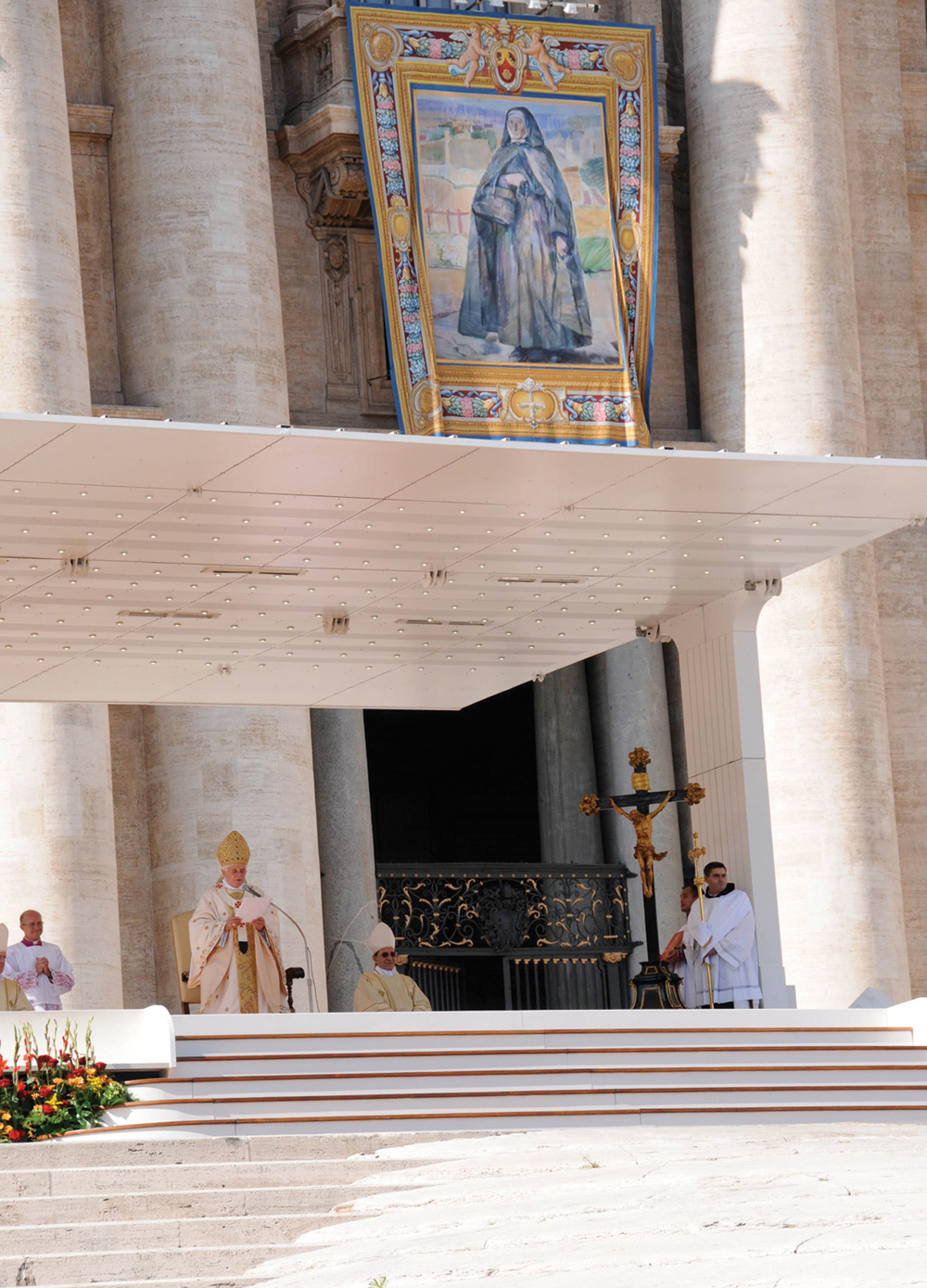 Jeanne Jugan was not canonized because she founded a religious congregation, because her work has spread all over the world, or even because the elderly need a friend today more than ever. She was declared a Saint because she practiced heroic virtue.

Heroes are people we look up to, people we want to be like. Jeanne is a hero in virtue, beginning with the theological virtues of faith, hope and charity.

• FAITH enabled Jeanne to see God in the elderly.
• Through HOPE she knew that God would not abandon the poor.
• Through LOVE she gave all she had to the poor, in imitation of Jesus who gave his life for love of us.

Humility was Jeanne Jugan’s crown. She demonstrated great humility in identifying herself with the forsaken, taking their burdens upon herself and going out to beg in their place. And she was heroic in allowing herself to be set aside and forgotten. It was said of Jeanne that humility was the essence of her being. It was the secret of her sanctity!

1890s Mother General Augustine de St. André commissioned the motherhouse chaplain to research the Congregation’s archives with the goal of “discovering and revealing the truth” about Jeanne Jugan.

1902 Publication of History of the Little Sisters of the Poor. The truth about the Congregation’s beginnings was established and Jeanne Jugan was reinstated as foundress.

1910 In the early 1900s the Sisters at the motherhouse who knew Jeanne Jugan were asked to record their memories of her.

1935 Opening of the diocesan investigation “on the reputation for holiness” of Jeanne Jugan. During the 1930s Little Sisters all over the world who had known Jeanne Jugan in their youth were asked to send their remembrances of her to Mother General.

1970 The cause for Beatification was introduced in Rome on July 10.

1970–1976 Study of our foundress’ life by the Congregation for the Causes of Saints; preparation of the Positio, official presentation of her life and virtues.

1979 The centenary of Jeanne Jugan’s death was celebrated throughout the Congregation. On July 13, Pope John Paul II proclaimed the “heroicity of the virtues” of Jeanne Jugan, declaring her “Venerable.”

1982 The “medically inexplicable” and sudden cure of Mr. Antoine Schlatter, a Resident of our home in Toulon, France, was recognized as the miracle necessary for the beatification of our Mother. The decree recognizing the miracle was signed on May 11th. On October 3

2002 In early March the superior of our home in Kansas City, Missouri (USA) was contacted by Mrs. Jeanne Gatz of Omaha, Nebraska, who informed her that her husband had been cured of cancer through the intercession of Jeanne Jugan in 1989. An investigation into this cure was begun.

2005 At the end of September a diocesan Tribunal was held place in Omaha, Nebraska, to gather evidence on the cure of Dr. Edward Gatz.

2008 On December 6, Pope Benedict signed the decree approving the miraculous cure of Dr. Edward Gatz through the intercession of Blessed Jeanne Jugan, clearing the way for her canonization.
Click here to read more about the cure of Dr Edward Gatz.
Click here for interview with Dr. and Mrs. Gatz

2009 The Vatican consistory announcing the date for the canonization was held on February 21. Jeanne Jugan was canonized on October 11, 2009, along with Blessed Damien of Molokai and three other Blesseds!