Jeanne Jugan is the foundress and first Little Sister of the Poor. She was beatified by Pope John Paul II on October 3, 1982 and canonized by Pope Benedict XVI on October 11, 2009. 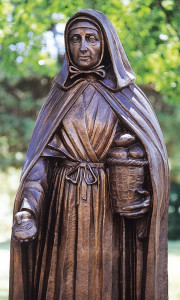 Jeanne Jugan grew up in a small town in revolutionary France. Times were tough. Violence ruled the day. For thousands, begging was a way of life.

Those who openly practiced their faith were not merely ridiculed – they were imprisoned or killed. Jeanne received her faith formation, secretly and at great risk, from her mother and a group of women who belonged to a lay movement of the day.

By the time Jeanne was four years old her father had been lost at sea. Her mother found odd jobs to make ends meet. Neighbor helped neighbor. As a young girl Jeanne worked as a shepherdess. She learned to knit and spin wool. Later she went to work as a kitchen maid for a wealthy family.

On fire with love for God

Jeanne barely learned to read and write. Her education consisted mostly of on-the-job training in the school of real life. Neither beautiful nor talented in the usual sense, she was gifted with an extraordinary heart. Jeanne was on fire with love for God!

Those who let themselves be seized by the love of Christ cannot help abandoning everything to follow him… Barely out of her teens, Jeanne felt the call of divine love. Preparing to leave home, she told her mother “God wants me for himself. He is keeping me for a work which is not yet founded.” Jeanne took the road less traveled, setting out to work among the poor and forsaken in a local hospital.

Jeanne meets Christ in the Poor

Many years went by before Jeanne discovered her vocation. Finally, one cold winter night she met Jesus Christ in the person of an elderly, blind and infirm woman who had no one to care for her. Jeanne carried the woman home, climbed up the stairs to her small apartment and placed her in her own bed. From then on, Jeanne would sleep in the attic. 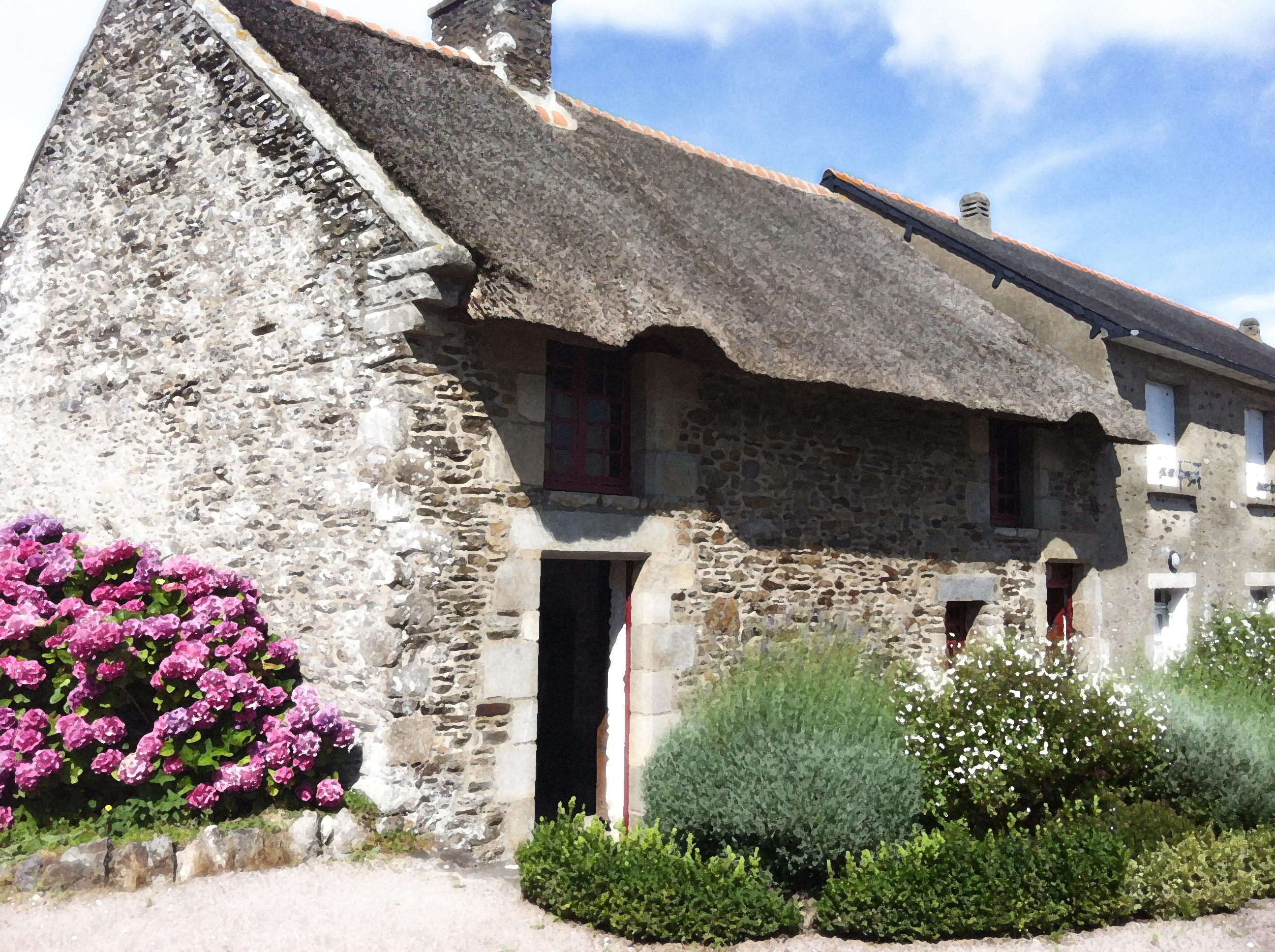 God led more poor old people to her doorstep. Generous young women came to help. Like Jeanne, they wanted to make a difference. Like her, they believed that “the poor are Our Lord.” A religious community was born!

There were so many old people in need of a home, so many souls hungry for love! The work rapidly spread across France and beyond. Struck by their spirit of humble service, local citizens dubbed the group the Little Sisters of the Poor. The name stuck!

For herself Jeanne chose the religious name Sister Mary of the Cross. She would live it in its fullness …

Jeanne is set aside

The work of the Little Sisters continued to spread, borne by the wind of the Spirit. So did Jeanne’s renown – until one day she was mysteriously cast aside by an ambitious priest who had taken over the direction of the young community.

Jeanne was replaced as superior and sent out begging on behalf of the poor. And then one day she was placed in retirement, relegated to the shadows. At the time of her death 27 years later, the young Little Sisters didn’t even know that she was the foundress.

Jeanne had often told them, “We are grafted into the cross and we must carry it joyfully unto death.” How she lived these words! What a radiant example of holiness she gave to generations of Little Sisters! 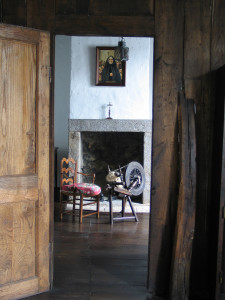 God lifts up the lowly

Like the grain of wheat that falls into the earth and dies, Jeanne’s life would bear much fruit. Thousands of young women followed in her footsteps. The Little Sisters’ mission of hospitality spread to the ends of the earth, like a great wave of charity.
In his time, God would raise Jeanne up. At her beatification Pope John Paul II said that “God could glorify no more humble a servant than she.”

Pope Benedict said that Saint Jeanne’s canonization would “show once again how living faith is prodigious in good works, and how sanctity is a healing balm for the wounds of humankind.”

A friend of the poor – a Gospel witness for our time – a Saint for old age and every age!